When Laurent Ballesta was a little kid, he didn’t play cowboys and Indians – he dreamed of an adventurous life like his big role model: Jacques Cousteau, pioneer of oceanic exploration and marine filmmaker of the first hour. A dream come true: Today Ballesta is not only a marine biologist but one of the most renowned wild life photographers worldwide. In 700 SHARKS the Frenchman takes us along to the Pacific atoll Fakarava, where he has been studying the hunting behavior of great reef sharks for four years. 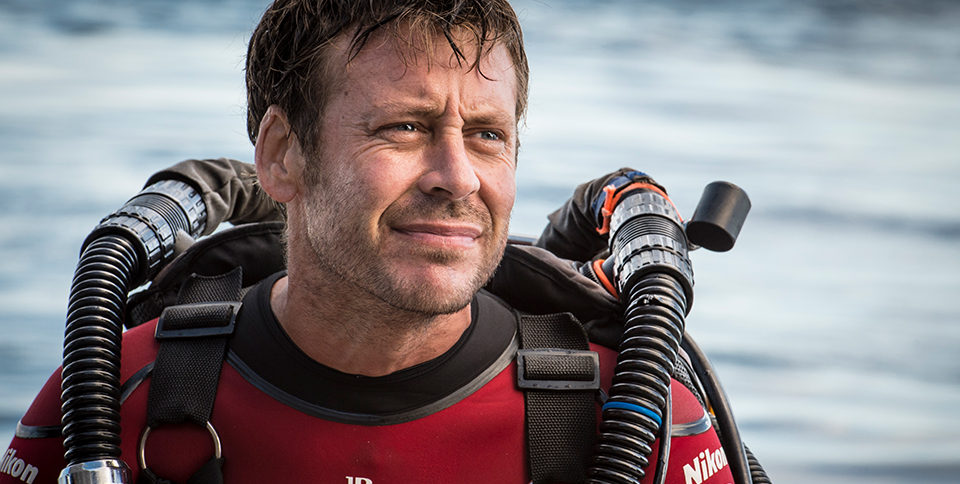 With cutting edge technology and an international team of experts Ballesta wants to uncover the sharks’ strategies hunting groupers in a narrow ravine on the coral belt. The competition is tough: More than 700 specimen gather in the ravine – the biggest school of sharks ever recorded. But every fourth attempt of the hunt is successful. How is it that these sharks are more effective hunters than a pack of wolves?

On their search for answers Ballesta and his team uncover as much about the hunter as the hunted and end up between enemy lines while documenting the nocturnal feast. With unprecedented footage and spectacular scenes 700 SHARKS opens our eyes to the fascinating complexities of life underwater and the moon’s influence on it. 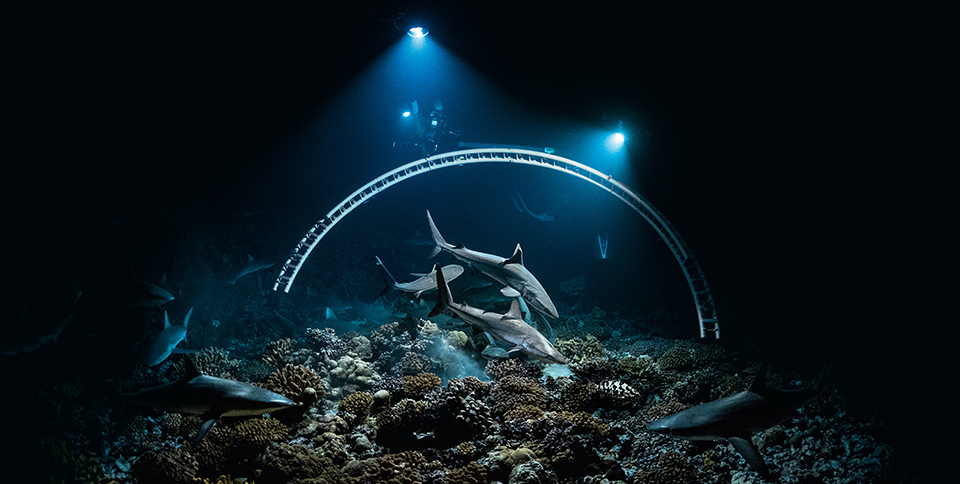 « Previous / Julie Chasing the Thunder / Next »

Questions? Just drop us a line

The International OCEAN FILM TOUR is a production of